If you have accepted Jesus Christ as your Lord & Savior & repented of your sins, believed in your heart that He is the Son of God & rose from the dead on the 3rd day & confessed it, you are a child of God! Congratulations! 🥳🙌🏻 We are the Christ's body, the CHURCH.❤The church [...]

The devil needs us to listen to his lies for his evil plans of destruction to actually work. Don't even entertain the enemy... Don't let him speak because he has nothing good to say & he's only out to destroy you. The enemy even disguises himself as an angel of light & uses deceitful workers. [...]

It often happens that people will try to discredit or devalue the amazing work the Lord has done in us. It's not that they're evil, it's just maybe that they lack knowledge & understanding of who God is & His power. We see here that it's Peter that is being admonished by the Holy Spirit, [...] BY FAR! The BEST thing that has ever happened to me is Jesus Christ! He is truly all we need. If we don't have Him, we don't have anything!Some people pass away not knowing the Lord & that is truly tragic. They focus so much on "having fun" here on earth in this life. But [...]

We have to first experience God's amazing love for ourselves, in order to be able to truly love others. If we aren't filled with His love first, we cannot possibly give that to others.I always ask God, I want to feel His Love, I want to be filled with His Love, with His Holy Spirit. [...]

The Lord desires our COMMITTMENT... Nowadays people desire to live comittment free. 😔🙏🏻💔 But we absolutely cannot be casual when it comes to the Lord. We must be serious & disciplined. ❤Sometimes we take God too casually, with no formality. Like, "I will read my Bible whenever I have time." Or, "I'll pray later." But [...]

The Lord always comes to our rescue! Call out to Him with your every need! We need to always go to Him FIRST. He is the One who never fails us, sustains us, watches over us, protects us, He never sleeps, & He is always there to rescue us! 💕🙌🏻🆘️♡ Psalm 34:17-19 ♡The righteous cry [...] 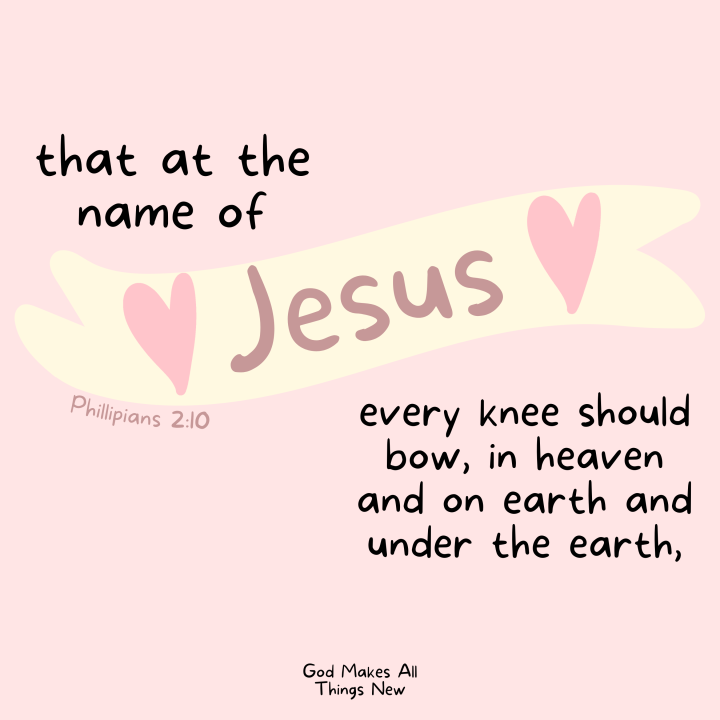 ♡ Phillipians 2:5-11 ♡5 Let this mind be in you which was also in Christ Jesus:6 Who, existing in the form of God,did not consider equality with Godsomething to be grasped,7 but emptied Himself,taking the form of a servant,being made in human likeness.8 And being found in appearance as a man,He humbled Himselfand became obedient [...]

We will go through trials & tribulations, but when we the love of God fills our heart & our hope & trust is firmly placed in Him, we cannot be destroyed, NO matter what trials come your way! His Spirit in us gives us strenght, & we must always seek Him continually to be strenghtened. [...]

Nowadays it can be easy to call yourself a Christian, though there are challenges, but where I live, most people claim to be Christian. Which is truly a blessing, but it's also confusing.🤔 Because sometimes you see people who say they love God but aren't living for Christ & sometimes display behavior that's not Christ-like. [...]